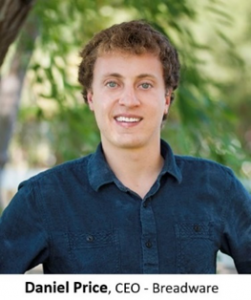 Choosing the location for a startup’s operational headquarters can have a lasting impact on a company’s future. Founded in 2015 in Seattle, tech company Breadware made the move to Reno in March of this year after closing a brief chapter spent in Santa Barbara’s wine country in Santa Ynez and having previously considered Los Angeles, Seattle, and Boulder. Breadware has created a unique hardware and software service that can be used by entrepreneurs and businesses seeking to develop products in the Internet of Things (IoT) space, and currently employs ten fulltime staff comprised of Reno and satellite locations across Australia, Asia, and America. For Breadware, moving its headquarters to Reno went far beyond simply the economic benefits.

“The Reno conversation started with the CEO of GroupGets, Ron Justin, who is our advisor and wanted to introduce us to Gene Wong of Sierra Angels,” says Daniel Price, CEO of Breadware. “Gene was looking for investment opportunities and we had an introductory web call with him and Doug Erwin from EDAWN in December of 2016. We told them about Breadware, they told us about Reno and we were convinced to make a trip over the hill to check things out.”

Daniel and Breadware’s COO Danny Delaveaga made their first trip to Reno on January 2nd of the New Year and were immediately struck by the entrepreneurial spirit of the area. According to Daniel: “I remember Doug Erwin handing me the Reno startup playing card deck which really set the stage for the tour of the city. We were welcomed with open arms and additional doors were opened. This resonated strongly with me. There’s no doubt Reno has a great welcoming committee, but the genuine factor can’t be underestimated.”

“We were welcomed with open arms, additional doors were opened, and this resonated strongly with me.” 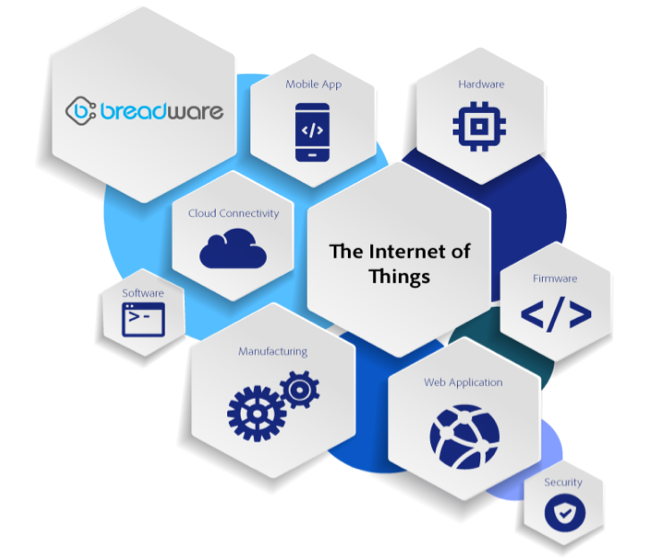 The various layers of the Breadware IoT stack.

Breadware found Reno to be a centrally located hub close to the Bay Area, but with lower business costs, tax structures, and cost of living. Significant shipping cost advantages also played into their decision. Above core business elements alone, however, the story of Reno is one about how quickly and deeply you can become both connected and integrated. “We realized during that first trip that it was a community that we wanted to be a part of and wanted to help grow,” said Daniel. 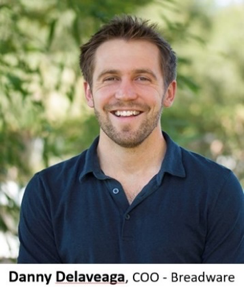 While in Santa Ynez, Breadware’s entire team lived together in one house which was 100% business and 0% work/life balance. It felt more like a dorm-style startup than a functioning business. That changed with the move to Reno. Said Danny, “We were looking to make a move to facilitate transitioning the business from a garage startup to a professional business. The entrepreneurial pad that Reno offered had a feeling of instant camaraderie among startups sharing a common theme and vision.”

What’s making all this possible for new businesses in Reno is a shift in mentality when speaking about the “new” Reno and the place Reno is making for itself on the map. Recent business transplants are finding in Reno that they can make a real contribution to the community and that they aren’t being lost in the shuffle. Reno provides many of the benefits of Silicon Valley but without the cultural stigma attached to it. While Reno is growing quickly, it remains small enough that an individual or a company can be truly impactful.

According to Danny, “Making hardware and software that work well together is a challenging undertaking, especially in the world of IoT. Building an IoT prototype typically takes months of work and a six-figure budget to assemble a team with expertise across software, hardware, firmware, cloud services and mobile app development. Breadware’s toolset provides a powerful and accessible solution to IoT development, reducing the time and money burdens of the development process. We have taken the ‘hard’ part out of hardware… and being in Reno has just been a great help to us.”

Breadware Mega-B Development Kit – A versatile prototyping kit with everything you need to develop and test your Internet of Things Minimally for a viable product.

“Reno comes to you versus you having to search for it and everyone seems to know everyone else. It’s a very welcoming community that enables new companies to quickly get plugged into the ecosystem with easy access to both community leaders and influencers,” said Daniel. “Not to mention UNR Business School, networking opportunities by way of 1 Million Cups, Summit VMS, E.O., WIN, etc. Just wow! We can’t imagine being back in California.”

Welcome to the new Reno.

Leveraging 25 years of Fortune 50 experience to enable businesses to reach their maximum potential.